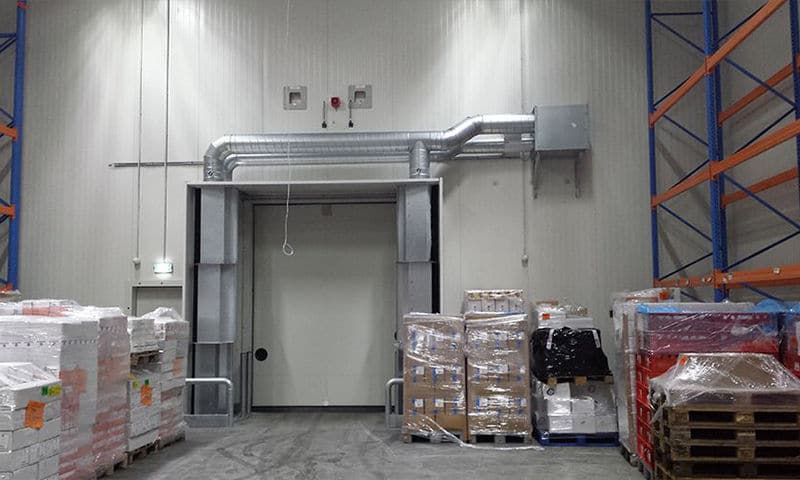 The “Airstop” air curtain from Masterveil
in the installed state

The “Airstop” air curtain systems from Masterveil, Viersen, with their patented air flow system ensure a permanent and metered vertical or horizontal air flow. This airflow not only separates two temperature zones, but also bans dusts, insects and odors. Gates up to 6 m high can be sealed off with a horizontal system using a special high-pressure nozzle technology. The longest Masterveil horizontal air curtain had a length of about 180 m. He was supplied by several fans.

With the VEOtec, Löhne, a distribution partner for Masterveil in Germany, a project was implemented in the central warehouse of the discounter Penny in Cologne. The requirements were a high shielding efficiency in a limited space with minimal energy consumption. The solution here was Masterveil’s “Powerstream DS-Block” system, an air curtain system for deep freezing, in the “Airlock” version. In addition to the basic version with two air layers, a further air jet is integrated, which further increases the efficiency of the base system.

The result: a proven foreclosure (at least 80%) of the climate zones by zero point measurement and a situation without fog, snow and ice formation, the energy expenditure was minimized as required. For this purpose, a footprint of approximately 0.15 m² was required per side. 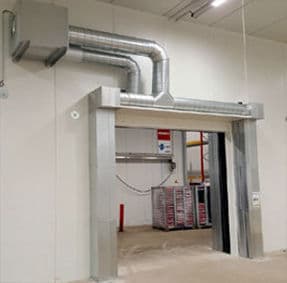 … and that’s how it looks on the cold side. 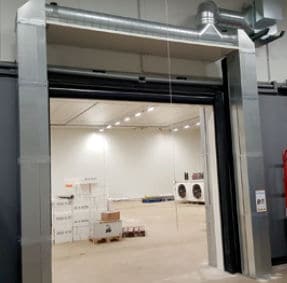 Warm side of Penny central warehouse …