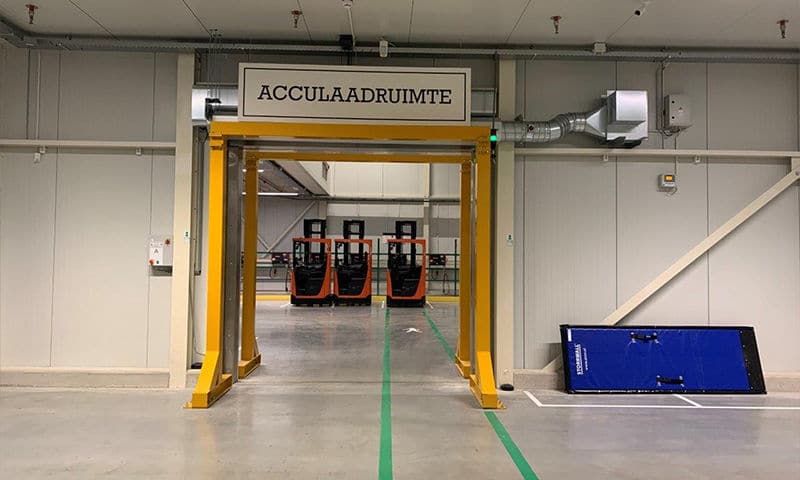 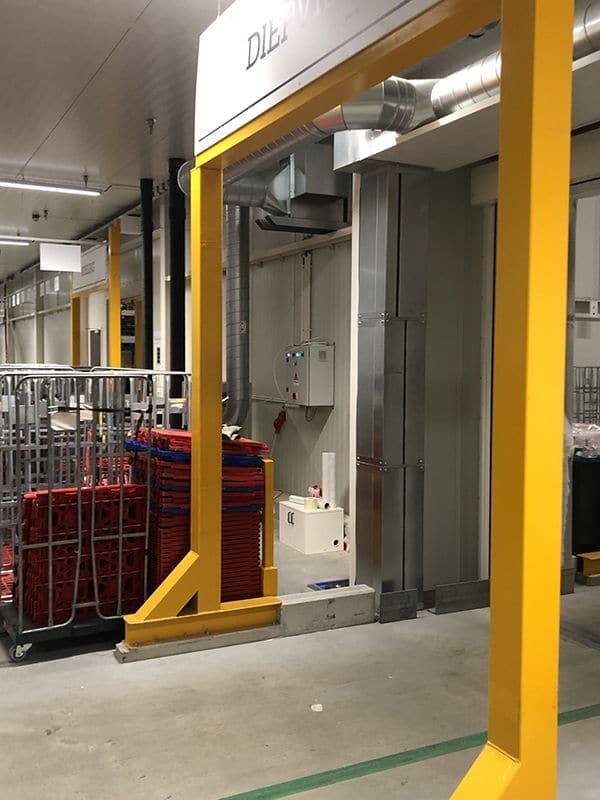 “Our ambition is to halve our CO2 emissions per euro of turnover by no less than 50% compared to 2010,” says Erik-Jan Termaten, Energy Project Manager at Sligro Food Group Nederland BV “Limiting our electricity and gas consumption plays a crucial role in this. We pay particular attention to this in both our existing and new locations. ”

As an example Termaten mentions the 25,280 m² large new building in Deventer, which has been designed and built according to the BREEAM-NL “Outstanding” certification criteria.

Thanks to a special and proven high-pressure nozzle technology, the AIRSTOP air curtain from Masterveil ensures a permanent and dosed air flow that separates the various climate zones like an invisible door. “Powerstream takes this principle to an even higher level, by integrating an extra layer of air into the basic version,” says Deweerdt. “This further increases the efficiency of the basic system.” Powerstream has been specially developed for freezer cells. Instead of a horizontal or vertical air layer, the system uses special modules that blow from left to right and from right to left. Where the bottom module, in combination with the insulating air layer, controls the freezer cell, the load is kept neutral in the middle. The top module also provides a targeted “separating” jet, in combination with an insulating air layer, and with a view to maximum protection against moisture and heat. “Thanks to the new technology, the main jet no longer needs to be conditioned. In addition, the modules together ensure lower air speeds, which not only makes it more pleasant to walk through the invisible partition, but also keeps energy consumption to a minimum. ”

VISITING VAN ZON MEANS … a taste of the typical family atmosphere.
Sligro in Deventer opted for active drying with the Masterveil Airstop
Types of AirStops
Subscribe to our newsletter