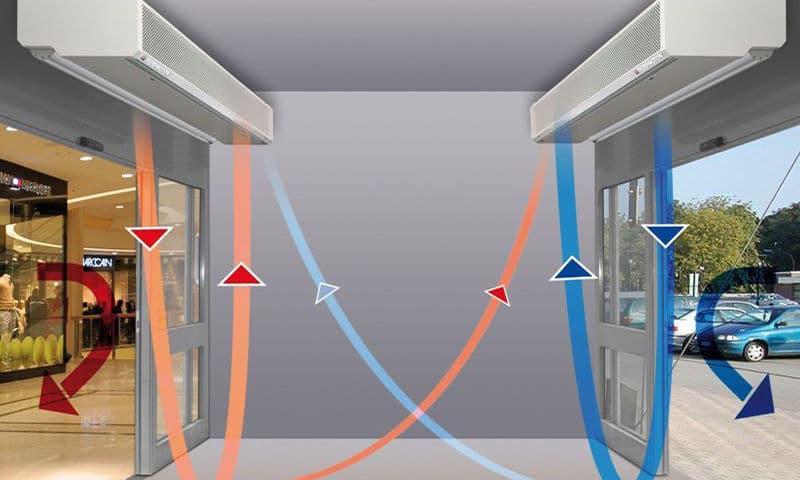 The air curtain technology uses so-called volume systems and high-pressure systems. The difference lies in the air flow and in the amount of air required thereby. The volume systems move a large volume of air. The air is swelling
out of the nozzle and forms an airbag. As can be seen in the thermal image, this is not bundled, which is necessary for a separation of the temperature zones. In high-pressure systems, the air is forced out of the special nozzle like a jet and remains visible as a beam in the thermal image. Here a clear zero point is visible.

The thermographic images show a high pressure and a volume system in comparison. The two temperature zones are shown in the thermal image recording in yellow and blue. The dark green stripe, visible in the horizontal system, shows the precisely aligned separation air jet. The bright green areas next to it show the physical
entrained air.

For Masterveil, work at HANOS Hengelo is finished
NewCold values the impact its partners have on its success
Types of AirStops
Subscribe to our newsletter